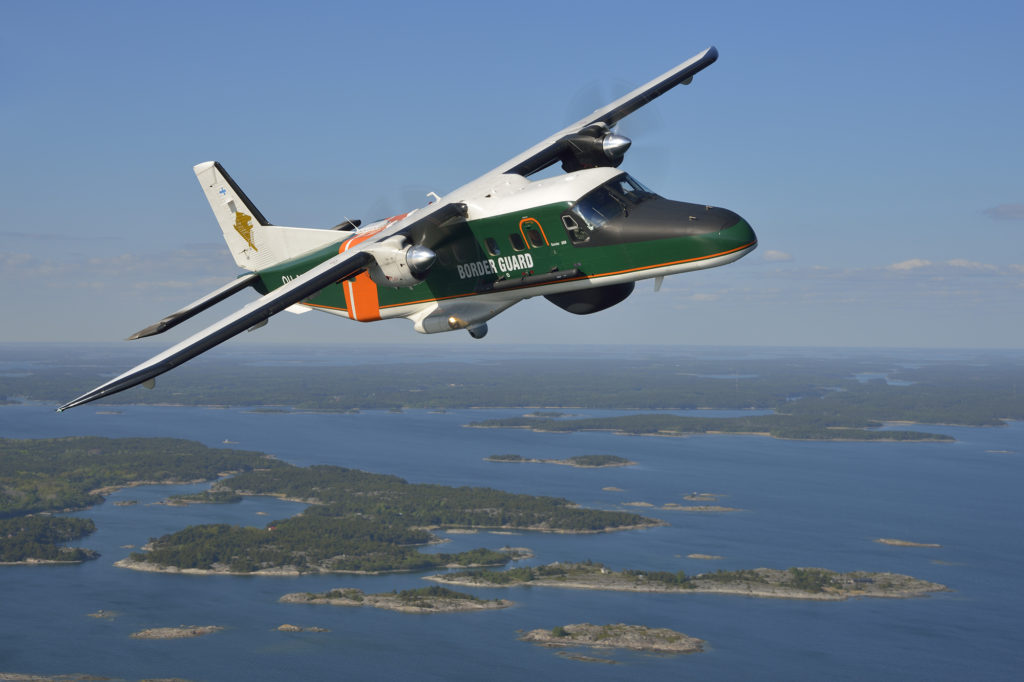 further strengthens their capability for real time reporting and for managing their aerial surveillance missions.

One of the Finnish Border Guard’s Dornier 228 equipped with MSS 6000.

S&T Airborne Systems is 2015 completing two important upgrades to the two MSS 6000 systems operated by the Finnish Border Guard (FBG).  “Earlier this year we finalized the implementation of a set of user defined land maps and in September we are doing the final tests of an improved function for live streaming video via satellite. We are very pleased that the FBG, who already has the very latest version of our MSS 6000 system has decided to invest in further improvements. This will benefit them in making their surveillance missions even more effective and it benefits us in allowing us to furhter improve the usefulness of the MSS 6000 system”  says Olov Fäst, Director of Global Sales at S&T Airborne Systems.

The S&T video streaming solution is integrated with the already installed  MSS 6000 mission system and Satcom equipment. When a Satcom connection has been established the operator can choose to switch on streaming of live EO or IR video. The stream will then immediately be available to the ground based personnel. By selecting the level of Satcom Service the operator  controls the video stream bandwidth and video quality. The video stream is automatically adapted to the available Satcom bandwidth.
A dedicated video server on the ground distributes the video stream to selected users